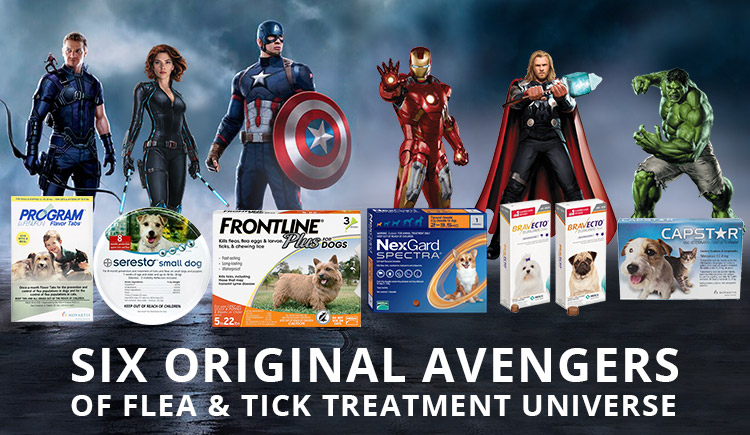 On 26th April, Avengers Endgame – a phenomenon (as the trade analysts and critics say) released which left many of us emotionally fulfilled and emotionally empty both at the same time; it was the culmination of a 10 year long legacy of MCU’s movies that started with “Ironman”. The stakes were high; hopes were high and moreover, the curiosity of what will happen was also high. And it won’t be wrong to say that the movie met the expectations of the fans all around the world and didn’t disappoint even a single MCU fan.

1. Frontline Plus as Captain America

Captain America is the First Avenger and although there were many flea and tick treatments that came into existence, but Frontline series has always been the first treatment that became successful and is effective even today. Just like Captain America, the treatment’s way of operation is also very original and real i.e. they both kill by contact. Frontline plus containing fipronil and (S)-Methoprene is a topical treatment and remains effective for one whole month and kills fleas and ticks.

Well, who would forget that dialogue? Iron man is smart and so is Nexgard Spectra. The monthly treatment is an oral chew that tastes like a treat.

It’s a popular treatment in a beef flavored chew; take that off and you will still get – a flea and tick killer, heartworm preventive and a de-wormer. And that’s the reason Nexgard spectra qualifies to be in the Avengers team of earth’s mightiest flea and tick treatments. 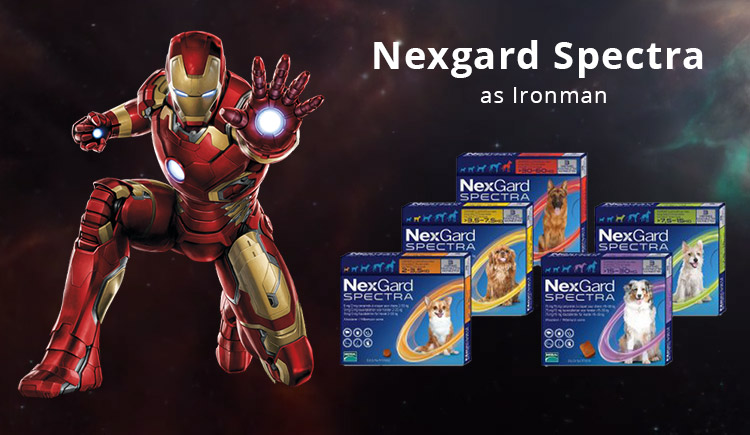 3.Bravecto Chew For Dogs As Thor

Bravecto chews for dogs can easily be given the position of Thor, the lord of thunder because Thor is the most powerful Avenger and Bravecto chews can arguably be called the most powerful treatment. It is a 3-month flea pill that efficaciously terminates all the fleas and ticks  with the help of a powerful ingredient called Fluralaner for dog. 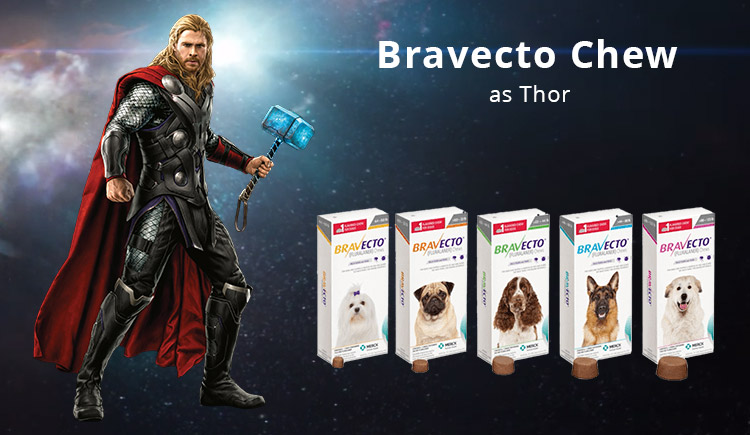 When Hulk gets angry, things tend to get worse for the enemies. But his immense power is limited and is only available for the time period when he is in rage. Similarly, Capstar containing Nitenpyram, is a very powerful oral treatment that eliminates 100% fleas within 7 hours of administration. However, the treatment is active only for a day and has to be given daily when there is a heavy flea infestation. It will wreak havoc into the lives of fleas and free your pet from the infestation. 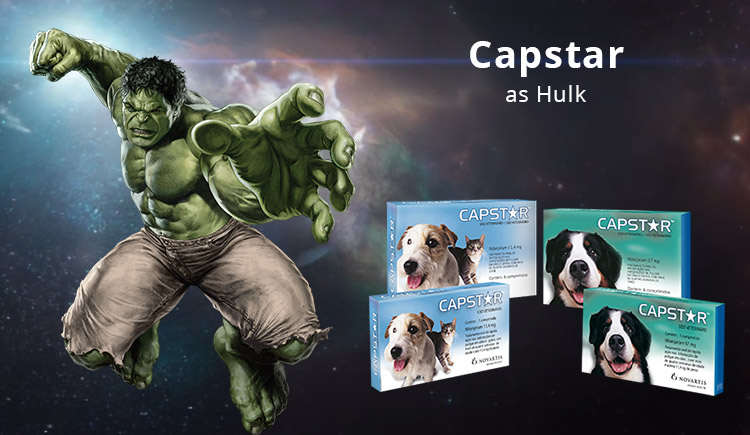 Hawkeye uses his arrows to hit the right spot. Though he is the most underestimated Avenger, he is one of the smartest superheroes and knows where to aim to take the bad guys down.

Program flavored tablets, an oral flea treatment, is the Hawkeye of the Avengers team. The tablet containing Lufenuron hits the right spot and breaks the flea life cycle by killing flea eggs and larvae to eradicate the fleas completely and stop them from re-emerging. 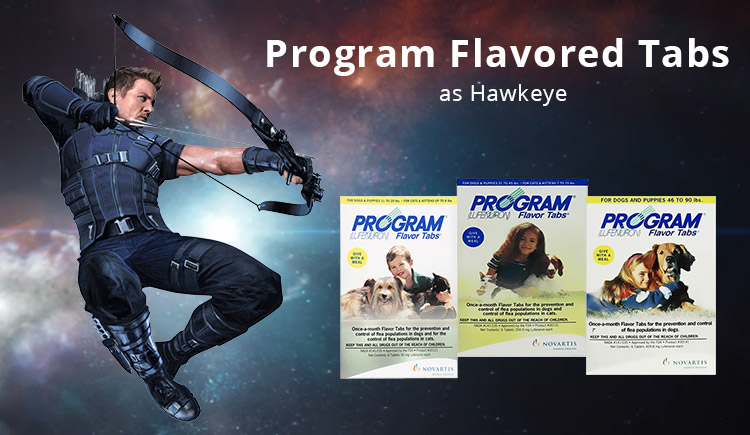 The last but Not the least

Natasha is one of the oldest and experienced Avengers. Started working with SHIELD, she has come a long way. She’s got style and attitude; binds the Avengers together.

Seresto collar is also a stylish collar and carries an attitude like Romanova because forget about infestation, it doesn’t even let fleas and ticks touch your pet. The collar contains Flumethrin & Imidacloprid that prevents flea infestation for 8 months and tick infestation for 4 months. 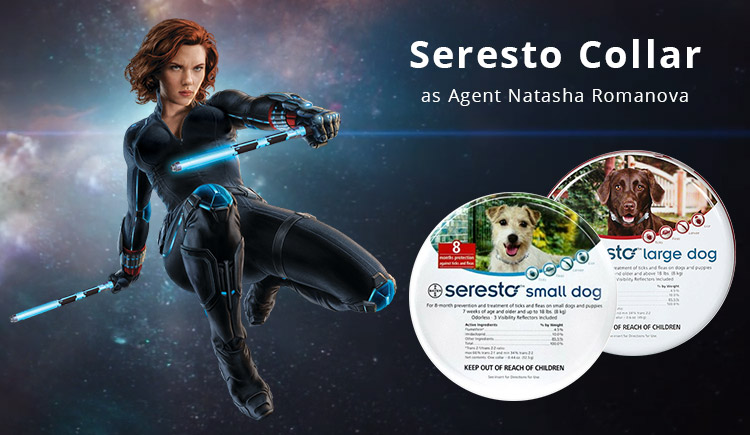 Though these 6 products are the Avengers, but you as a pet parent are Nick Fury who chooses them and realizes the need for a protective power against the evil parasites to shield your pet’s happiness. So, make sure you choose the correct treatment and administer it regularly without skipping a month no matter – “whatever it takes.” 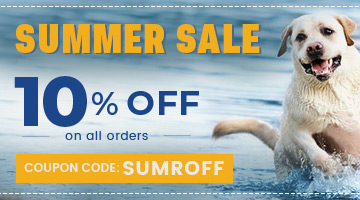