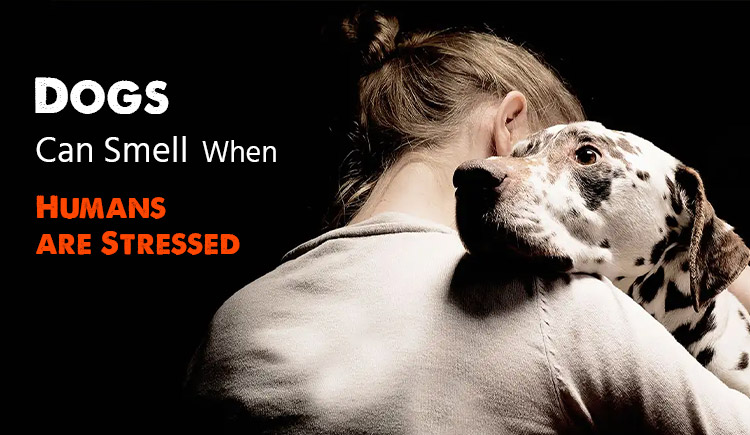 Our furry friends can easily lift our moods and reduce stress. But did you know that dogs are smart enough to tell when you’re stressed?

A study conducted by the Queen’s University of United Kingdom provides evidence of the extraordinary capabilities of dogs to pick up the odors that frazzled humans emit.

Our bodies trigger physiological changes in our sweat and breathing in response to stress. Psychologists at Queen’s University claim that dogs can detect this change.

To prove the point, researchers from Queen’s University collected breath and sweat samples from human participants before and after performing a mental arithmetic task that was supposed to induce stress. The stress levels, heart rate and blood pressure measurements of these participants were taken, and they were asked to fill up questionnaires about their anxiety.

These samples were presented to dogs that were trained in identifying odors to distinguish between a stress sample and baseline sample. And, approximately 94% of the time, the dogs identified the correct stress samples.

How do dogs smell stress in humans?

It is fascinating that the dogs in the above mentioned study were able to smell stress samples correctly, when the only factor changed here was the psychological stress response. These exceptional abilities of dogs to smell bombs, drugs, corpses, coronavirus, and now anxiety are a result of the well-known fact that dogs are super sniffers.

Dogs can detect big physiological differences as they can smell small molecules and volatile compounds. They are very efficient at discriminating and detecting odors because they have 220 million olfactory receptors, which is much higher as compared to 50 million in humans. Olfactory receptors are nerve endings inside the nose that allows you to smell. Hence, dogs can detect smells roughly four times more powerfully than humans.

Although the exact reasons why dogs developed such intense smelling capabilities are unknown, they are most likely linked to the need to recognize prey, potential dangers, reproductive status, and familial relationships in a pack, among other things.

Future studies might use these findings to examine if dogs can distinguish between different moods and how long the odors of stress response last. These findings may also be useful for service dogs helping people with mental health issues like anxiety and post-traumatic stress disorder, according to one of the researchers.

Get 20% Off Your Order Today